Coffee culture in Brazil: Drip or Pour Over coffee 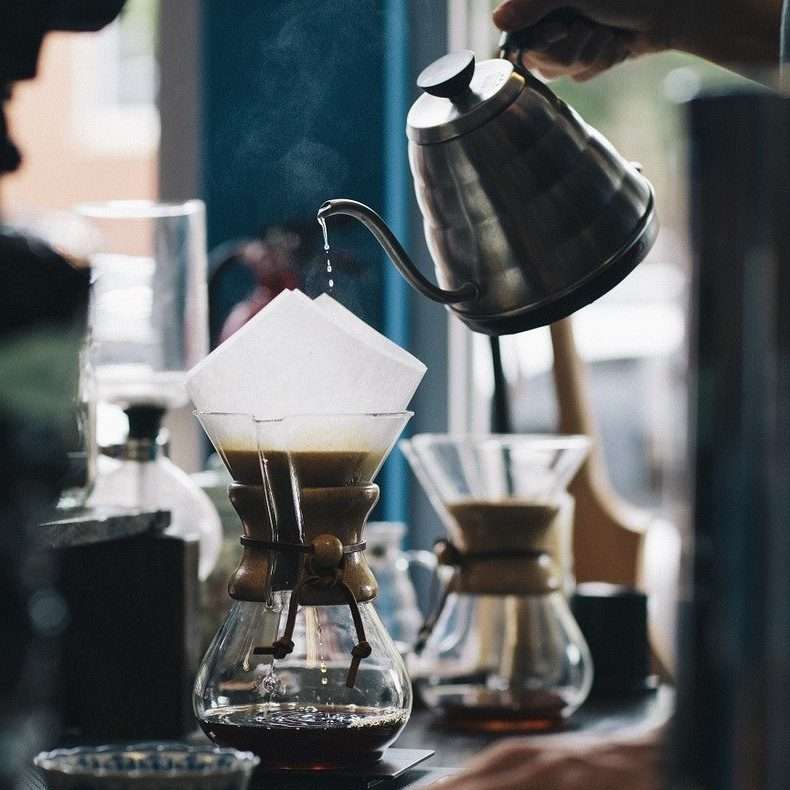 Our tour in search of coffees in the world reaches the largest country in latin america: Brazil! About coffee culture in Brazil, how is it?

Brazil is a country of continental dimension. It has more than 200 million inhabitants. And well, they all love good coffee.

Coffee is present in the daily lives of brazilians. And comes every since colonial times. But not just that, it´s also presente in the country’s most recent economy. Being one of the few businesses that prospered in 2020, growing more than 25% over the previous year.

Let’s discover a little about coffee culture in brazil.

The roots of coffee culture and history in Brazil go back to the 18th century. This is when the plant was first cultivated in the region. The colonial period marked hundreds of years in the country. And the coffee production was one of the most important products of this period.

Coffee farming in Brazil used the slavery structure. This is still a great historical shame today. They used the plantation system. Which is characterized by monoculture for export with cultivation in large estates.

Coffee farming became one of the economic impulses of brazil. With the arrival of the portuguese royal family in 1808, producers were able to accumulate capital with this economic impulse.

After Brazilian independence, at the time of the republic, the coffee industry went through many crises. Such as when the price of coffee fell on the international market, generating enormous inflation in the nation.

After that there was an economic recovery. In this period, the so-called coffee barons dominated the Brazilian economy. This lasted from the end of the 19th century until the beginning of the 20th century. In a famous oligarchic policy called coffee with milk, which interfered with the economy and politics.

This shows how important the coffee bean is in the history and culture of brazil!

Brazilians and coffee is a love story. No matter where, regardless of social class, or the place in the country, there will be an invitation to have coffee. It is part of brazilian culture to share moments around coffee.

The Brazilian premium coffee market grew at an accelerated rate in the last years. But over 90% of domestic consumption it’s still traditional coffee.

The economic movement around coffee production is billions of dollars annually. According to the brazilian government’s Ministry of Agriculture, in 2018 more than 58 million bags of coffee were produced. Moreover, for domestic consumption and for export. And today in Brazil there are large producers but also family producers. Artisanal coffees have grown a lot in recent years. In addition, the experience in cafes also changed a lot of the logic of consumer culture in the country.

Types of grains produced in brazil

Brazil is a huge country, very huge indeed, and has several internal regions. Many of these have climatic conditions that favors the cultivation of coffee. Thus, brazilian producers obtain varied standards of qualities and aromas. Among of the cultivated species, the most produced are Arabica and Robusta, which have a wide variety of derivations.

Well, here a little more about the two types of coffee produced. The first is Arabica coffee. This type is a bit more refined and a better quality product. This one is grown at altitudes above 800 meters.
In the case of Robusta or conilon coffee, on the other hand, is mainly used for the manufacture of instant coffee and in some mixtures with arabica. It has a less acidic flavor and a higher caffeine content.

The brazilian people drink a lot of espresso. But they are really passionate about strained coffee.

This type of coffee is the simplest way of doing. It can be very concentrated, it can be sweetened or consumed pure. To sweeten or not depends on the region.
A very popular drink, especially for breakfast is coffee with milk, is called “pingado”. The translation would be something close to drip.

The point is that it is different from just coffee and milk together. This one would be half of one and half of the other. In the case of this drink it is made in a whole cup of hot milk with just a drop of coffee. It is popularly served in a small glass.

It’s time for our world tour researching coffees to arrive at the flavours explored by Brazilians. At home, try the drip or pour over coffee.

This brew is very traditional in brazilian bakeries and bars. And is present in everyday culture in Brazil.

And how to do it?

Well, it is traditionally served in a glass cup, consisting of approximately 90% hot milk and just a little coffee strained over it. So start by heating milk. Then make a strained coffee. And finally mix the two. Remember that is just a drop of coffee. And it’s ready. Simple and delicious. A very Brazilian flavor. If you feel the need, it can be sweetened.